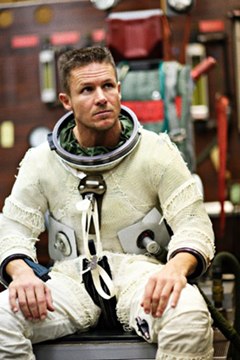 The project's technical director, Art Thompson, has expressed some concern regarding safety.

"Thompson says, 'In early aircraft development, they thought it was a wall they couldn't pass without breaking apart. In our case, the vehicle is flesh and blood, and he'll be exposed to some extreme forces.'

The jump height is above a threshold at 19,000 metres called the Armstrong line, where the atmospheric pressure is so low that fluids start to boil. 'If he opens up his face mask or the suit, all the gases in your body go out of suspension, so you literally turn into a giant fizzy, oozing fluid from your eyes and mouth, like something out of a horror film,' Thompson explained. 'It's just seconds until death.'"