If you've yet to witness B.A.S.E. jumping, it's an activity for adrenaline junkies first publicized by filmmaker Carl Boenish in '78. The freefall sport employs ram-air parachutes, and is most commonly executed in locations such as the highly elevated El Capitan rock formation of Yosemite National  Park (El Capitan is also technically the birthplace of the sport).

B.A.S.E. is an acronym that stands for "four categories of fixed objects from which one can jump": buildings, antennae, spans (bridges), and earth (cliffs). Most publicized footage takes place on just one of those fixed objects—Earth. I have yet to see jumps off antennae, and and the only semi-related B.A.S.E. jumps I've seen from "span" and "buildings" happen to both, curiously enough, take place in Russia. Though not technically B.A.S.E. jumping—in both instances the demonstrators are connected by bungees—it's the closest I've seen to a jump in an urban setting.

Exhibit 1: Playing a game of Russian Roulette off a bridge.

Below, the real thing in an urban setting, bungee-free, and at this stage, unsurprisingly performed by Russians. Photos by Natalia Sudareva. 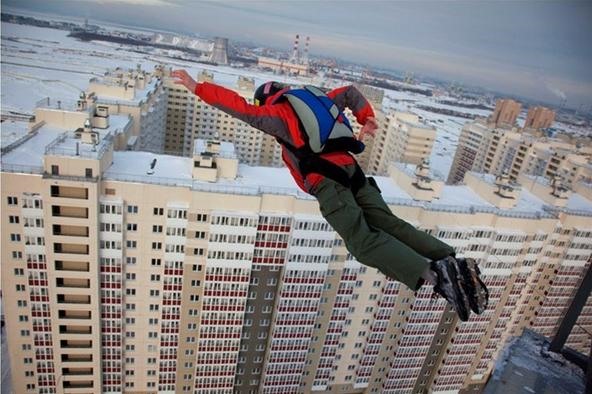 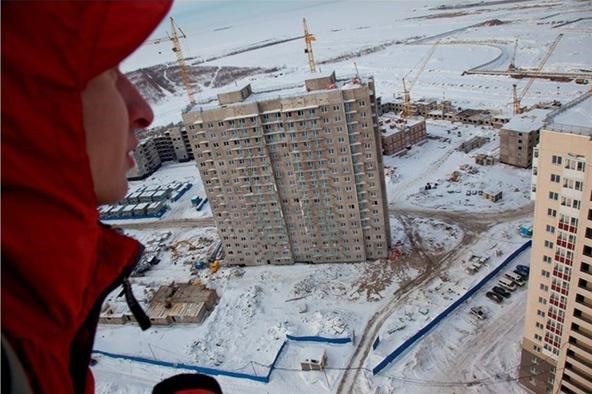 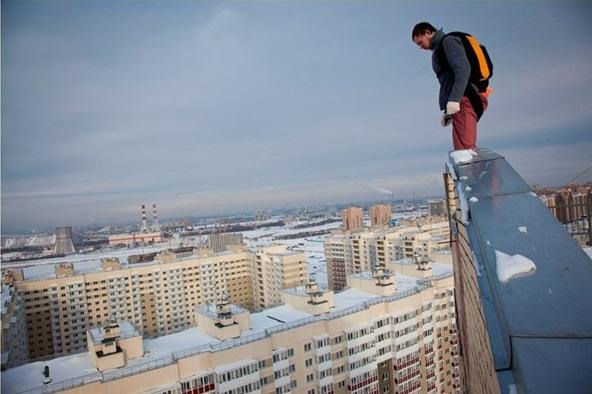 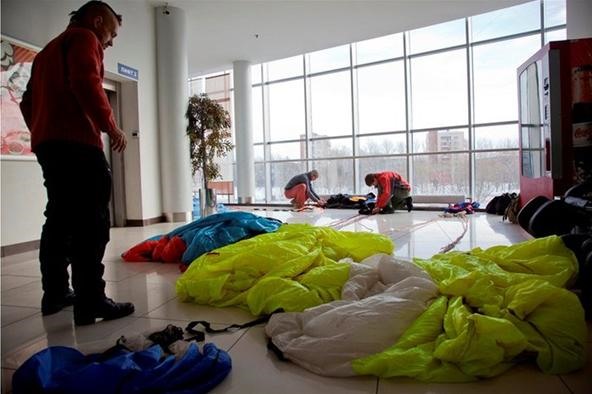 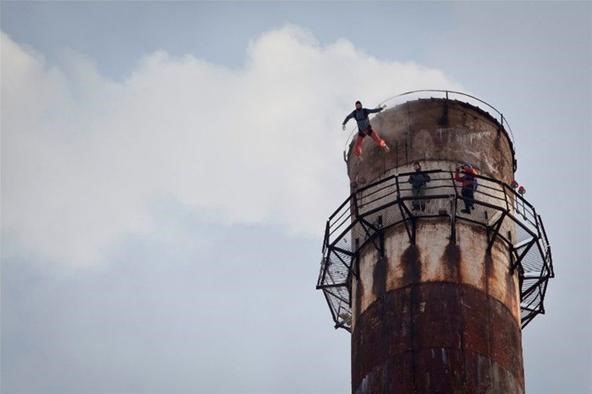 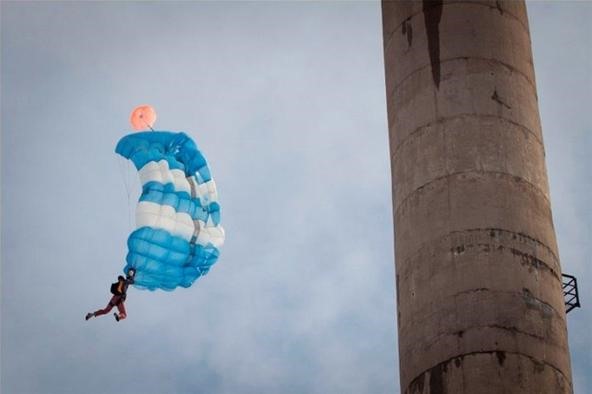 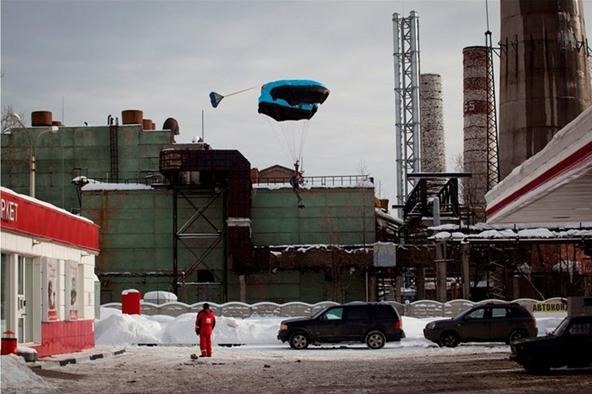